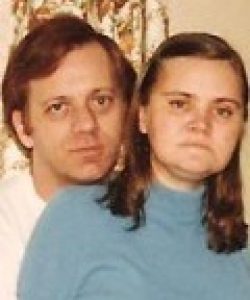 Section Garden of Heritage I Lot Number: 359Grave Number: A#3

Subscription Update Obituary
William Donald Davis, 78, passed away suddenly on Friday, December 16, 2022 at his home.
He was the husband of the late Linda Mae (Converse) Davis who died in 2011.
He was born Worcester on February 23, 1944, a son of the late Robert Howard and Ethel Dorothy (Holbrook) Davis. William was employed for almost 40 years at Worcester State Hospital before retiring in 2019.
He leaves behind his daughter, Gwen Davis of Worcester; his brother-in-law, John Welch of Worcester; two nieces, Erin LeMay and Carrie Verrier; several extended family members and friends.
Family and friends are invited to celebrate William’s life with visiting hours on Tuesday, December 20th from 10-11:30am at the Callahan, Fay & Caswell Life Celebration Home, 61 Myrtle St., Worcester. A funeral service will follow in the funeral home. Burial will be held privately at Worcester County Memorial Park, Paxton.
View Burials
0