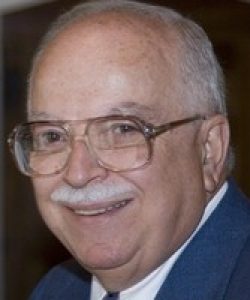 Robert is survived by a daughter, Lisa A. Barner and her husband Kenneth of Newark, DE, two sons, Mark Consolmagno and his wife Teresa of Barry, and Alan A. Consolmagno and his wife Christine of Worcester, nine grandchildren, a great grandson, and many nieces and nephews. He and Dorothy experienced a pain and loss that no parent should suffer, when their son, Chris Edward Consolmagno predeceased them in 2001. Robert was also predeceased by a sister and two brothers, Jean Foley, Dr. James Consolmagno, and Donald Consolmagno. Robert was born in Worcester, son of the late, Luke and Anna (LaMotta) Consolmagno, and had lived here most of his life.

Robert served his nation proudly in the United States Army. He graduated from Harvard University and received a master’s degree from Clark University. He retired from the Worcester Public School System, where he served as the Director of Guidance. He was a member of the Massachusetts Guidance Association, the Worcester Elk’s Club, and was a mentor for the Jaycees.

Robert’s family would like to extend sincere gratitude to the caring professionals at the Evergreens at Briarwood, the Hospice staff and nurses of VNA Care, as well as the staff at UMass Memorial Medical Center for the heartfelt care they provided Bob.

Calling Hours for Robert will be on Saturday, May 7, from 10 a.m. until 11:45 a.m. in MERCADANTE FUNERAL HOME & CHAPEL, 370 Plantation Street, Worcester, departing at 12:10 p.m., in procession to a 12:30 p.m. Funeral Mass at Saint Bernard’s Church of Our Lady of Providence Parish, 236 Lincoln Street, Worcester. Interment will follow in Worcester County Memorial Park, Paxton.

In lieu of flowers, donations in his memory may be made to the Building Fund at Saint Bernard’s Church, 236 Lincoln Street, Worcester, MA 01605.