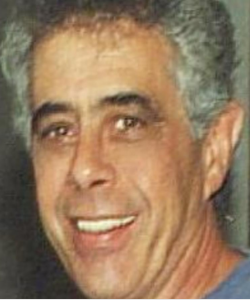 Richard R. Herman, 74, a lifelong resident, passed away at home surrounded by his loving family on Monday, March 9, 2020. He was born in Worcester, the son of the late Theodore M. and Hazel F. Herman.

He leaves his wife of 49 years, Janice M. (Page) Herman; his son, Christopher B. Herman and his fiancé, Carrie Cahill of Worcester; his brother, Michael F. Herman and his wife, Lila M. of Holden; his sister, Mary R. Herman-Cappoli and her husband, George of North Oxford; his grandson, Cameron T. Herman; and several nieces and nephews.

Richard was a graduate of the former Worcester Boys Trade High School and earned degrees in Electronic Technology from Worcester Junior College and Worcester Industrial Technical Institute. After serving in the U.S. Navy, he worked in the computer technology and programming field for more than 40 years, most recently as a senior software engineer for Fidelity Investments in Marlborough. Previously, he worked as a senior programmer analyst for Sweet Life Foods in Northborough for 22 years. Richard was an avid NASCAR and New York Yankees fan. He enjoyed tooling around in his cars, the beaches of the Caribbean, working on computers and spending time with his family.

The family extends their gratitude to the staff of the Pulmonary Care Unit at St. Vincent Hospital in Worcester and Beacon Hospice Care in Leominster.

Relatives and friends are invited to attend calling hours from 4 to 6 p.m. on Thursday, March 12th in the Miles Funeral Home, 1158 Main Street, Holden. Funeral services for Richard will be held on Friday, March 13th with a Mass of Christian Burial at 10 a.m. in Our Lady of the Rosary Church, 23 Fales Street, Worcester. Burial will follow at Worcester County Memorial Park in Paxton. In lieu of flowers, memorial contributions may be made to Why Me, Sherry’s House, 1152 Pleasant Street, Worcester, MA 01602.