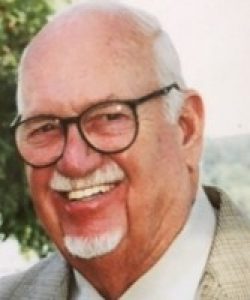 Subscription Update Obituary
Richard J. Maguire, 90 of Naples Florida formerly of Lisbon St in Worcester, a proud and devoted husband, father, and grandfather passed away peacefully Friday, March 20th 2020 in Naples after a short illness reuniting in heaven with his wife Mary who passed away in 2010.Dick was born in Worcester, one of three sons of William and Barbara (Gillespie) Maguire.  Raised in the South Main neighborhood of Worcester, Dick graduated from South High School, joined the U.S. Marine Corps serving his country during the Korean War.   Upon discharge and return to Worcester,  Dick accepted a position with the Massachusetts Electric Company, where he worked for more than 42 years before retiring in 1992.    In 1954,  Dick, married the women who became the “Love of his Life’ and soulmate, Mary T. Cronin and began a 56 year love affair raising, four children and grandchildren enjoying their  time together whether here, on the beaches of Naples or Wells, Maine until Mary passed away on December 1, 2010.  Dick continued to cherish his family, and his home in Naples until today.Dick is survived by four devoted children, Richard E. Maguire of Naples Florida, Patricia M. Ottaviano and her husband Michael of Princeton, Jane A. Howard of  Naples, Florida, and Francis W. Maguire and his wife Laura of Oakham; six cherished grandsons, John  and Thomas Maguire, Michael, Matthew and Thomas Ottaviano,  and Robert “BJ” Howard;  nine great- grandchildren, Cole, Shelby, Jamie, Thomas Jr, and Alexis Maguire, Alex Wright, Serenity, Lucas, Cameron and Henry Ottaviano;  Many nieces , nephews, extended family and friends. Two brothers, William and Francis Maguire predeceased him.

Due to the covid-19 outbreak, calling hours and a funeral service will be held privately.  Burial with U.S. Marine Corp honors, next to his beloved Mary will be in Worcester County Memorial Park in Paxton.  The MERCADANTE FUNERAL HOME & CHAPEL, 370 Plantation St is honored to assist the family with arrangements.