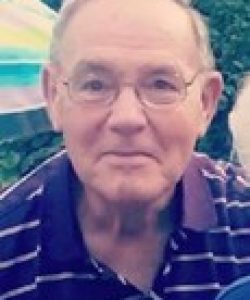 Philip G. St. Martin, 85, of Worcester passed away peacefully with his family by his side on Monday, March 9th in the Saint Mary Healthcare Center after an extended illness.

Phil was born in Worcester, son of the late Charles and Blanche (LaPlante) St. Martin and is also predeceased by two brothers, Edward and Paul St. Martin and a sister, Alida “Liz” Tousignant.

Mr. St. Martin graduated from Saint John’s High School and started his career as a truck driver with the Worcester Telegram & Gazette and retired as the branch manager of the District Office Branch E on Main St. after almost 50 years of service.

Phil was a longtime member of the Cathedral of Saint Paul Parish. He enjoyed playing cards, taking trips with his family to the ocean, spending time in his yard and unlike most, he enjoyed being outside in the winter shoveling snow. Mr. St. Martin was a loving husband, father and grandfather who cherished the time he was able to spend with his family, especially attending his grandchildren’s sporting events.

The family would like to extend a heartfelt thank you to the staff and volunteers of Saint Mary Healthcare Center for the exceptional love, care and support that was shown to Phil over the past years.

The funeral will be held on Friday, March 13th from the Alfred Roy & Sons Funeral Home 12 Hammond St. with a Mass of Christian Burial at 10 AM in the Cathedral of Saint Paul 15 Chatham Street. Burial will follow in Worcester County Memorial Park, Paxton. Calling hours will be held on Thursday, March 12th from 5 to 7 PM in the funeral home. Memorial contributions in memory of Phil, may be made to St. Mary’s Healthcare Center Patient Activity Fund, 39 Queen St. Worcester, MA 01610.