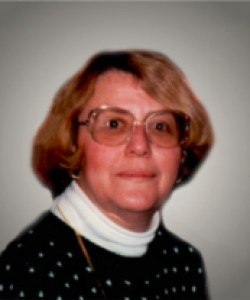 Linda M. (Hurd) Monroe, 71, passed away on Wednesday, February 5, 2020 at Ohio Living Dorothy Love in Ohio after a brief illness. She was born in Worcester, the daughter of Elmer G. and Dorothy E. (Wyatt) Hurd and had lived in Holden before moving to Ohio in 1975.

She leaves her sister, Susan St. John of North Brookfield; her cousins, Mark Wyatt and his wife, Danielle of West Boylston, Scott Wyatt of Holden and Janet Wilson of Hudson; and several second cousins. She was predeceased by her cousin, Richard Wyatt.

Linda graduated from Wachusett Regional High School and earned her Bachelor’s degree in Education from Worcester State College in 1970. She taught at the Emerson Elementary School in Sidney, OH for over thirty years retiring in 2006. Linda enjoyed knitting, crocheting, reading and spending time with family and friends.

A graveside service for Linda will be held at 11 a.m. on Saturday, February 15th at Worcester County Memorial Park, 217 Richards Ave., Paxton. In lieu of flowers, memorial contributions may be made to the First Congregational Church of North Brookfield, 144 North Main Street, North Brookfield, MA 01535. Arrangements are under the care of the Miles Funeral Home, 1158 Main Street, Holden.