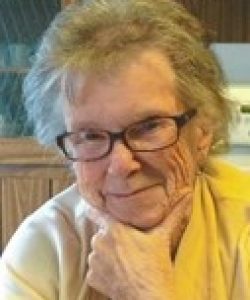 Jean leaves her husband of 54 years, Eric W. Couture, her children, Christine Benoit of Holden; Susan Hutchings of Worcester; Richard Couture and his wife Patricia of Worcester; Linda Carota and her husband Michael of Auburn and Janet Couture of Worcester with whom she made her home; ten grandchildren, twelve great-grandchildren, a sister, Lorraine Harlow and her husband Ward of West Springfield; a sister-in-law, Gloria Saben of Athol and several nieces and nephews. She was predeceased by two brothers and a sister, Harold, Raymond and Patricia. Jean was born in Worcester, a daughter of Ernest and Florence (Day) Saben and graduated from the North High School.

Mrs. Couture owned and operated a child day care service in her home for several years. She was a member of Lakeview Congregational Church and volunteered with the church fair by making crafts and homemade pies. Jean was a member of a 10 Pin bowling league for many years. Jean enjoyed traveling with her husband whether it was to Alaska or on river cruises. But she enjoyed her travel to Spain most of all. Jean was an avid sports fan but her favorite past time was spending time in her back yard tending her gardens and birdwatching. The family would like to thank Michelle and Lisa for the special care of Mom, as well as the entire VNA Hospice team.