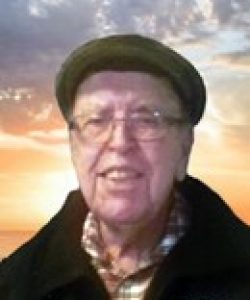 Eric leaves his children, Richard Couture and his wife Patricia of Worcester; Janet Couture of Worcester with whom he made his home, Christina Benoit of Holden; Susan Hutchings of Worcester and Linda Carota and her husband Michael of Auburn; ten grandchildren, twelve great-grandchildren, a brother, Robert Couture of Ct., and nieces and nephews. He was predeceased by a brother, Jack Couture. Eric was born in Whitinsville, a son of the late Eric and Mary ( Malley) Couture. He has lived in Worcester for many years.

Mr. Couture was a U.S. Navy veteran of World War II serving on the USS Providence. He received the World War II Victory Medal and the European African Area Ribbon. He was a member of American Legion Post #323.

Mr. Couture was a firefighter 30 years for the City of Worcester. He was first assigned to the Winslow Street Fire House and served there many years. He was later assigned to the Brown Square Fire House and worked there for several years before he retired. Mr. Couture loved spending time with his family. He enjoyed his Saturday afternoon lunches with his son and grandson. He also liked candies, cookies, cake, ice cream and cookouts. He also enjoyed tending to his yard. Eric was a major New England sports fan supporting the Bruins, Red Sox, Patriots and Celtics. The family wished to thank Michelle and Lisa for the special care given to Dad.