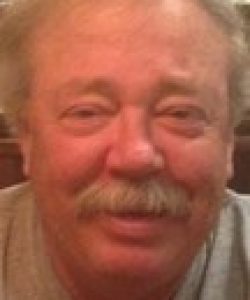 James J. “Fox” Agurkis, 72, passed away Sunday, March 15, 2020 in the Rose Monahan Hospice House, surrounded by his loving family after a brief illness.

Jim was born and raised in Worcester and graduated from Worcester Boys Trade School as a cabinet maker in 1963. He enlisted in the United States Marine Corps in 1963 at the height of the Vietnam War, where he spent three years and was honorably discharged in 1966. He then married to the love of his life for over 40 years, Sally E. (Berquist) Agurkis until her passing in 2015. Jim and Sally happily lived in West Boylston for many years, where they raised three sons. He proudly coached them on to many championships during their years in little league and Babe Ruth baseball.

After returning from the War, Jim spent 40 years working at Norton Company, retiring in 2008. He began his career in diamond products, working his way through rubber wheel, on to Plant 8 oven control, and retired as Plant 8 safety supervisor. Jim enjoyed vacationing in Sanibel Island, reading piles of newspapers, following his favorite sports teams, the Yankees and Patriots. He was also proud to be a supporter of President Trump.

A Private Funeral will be held at Fay Brothers Funeral Home, 1 West Boylston Street. Burial will be in Worcester County Memorial Park. In lieu of flowers, memorial donations may be made to Veterans Inc., 69 Grove St., Worcester, 01605. A Public Celebration of Jim’s life will be held in the Spring.