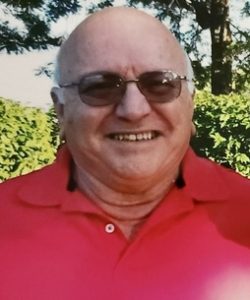 He is predeceased by his mother Beatrice A (Leofanti) Martin; his father Charles E. Martin; his wife of fifty-one and a half years Donna S. (Bakstran) Martin; his sister Jane M. (Martin) Frick and his brother in law Paul Monast. He is survived by a sister Patricia (Martin) Monast; a brother Charles E. Martin and his wife Joan (Kellereher) Martin; a brother in law Robert Frick; along with his eldest son Timothy W. P. Martin, his youngest son Keith E. Martin and his wife Melissa A. (Newton) Martin and their four children Kristen A. N. Martin, Keith J. Martin, Kacey L. Martin & her fiancé Brendan P. O’Rourke and Kirby W. Martin; he also leaves several nieces, nephews, and many loving family members.

Billy was in the Army Reserves for 7 years as a gunner. During this time he and his wife Donna bought their first home and gave birth to two boys. They lived in North Brookfield, MA until 2005 when they moved to Florida to care for his in-laws. Here is where he lived the remainder of his time with his two dogs Marty and Taco.

Billy was a one of a kind man full of laughter and a huge heart. He loved his family first above all and was an phenomenal husband, father, grandfather, and friend. He will be incredibly missed, but he will always live on in the hearts of those who loved him.

A graveside service will be held on Friday, November 11,2022 at 1PM in Worcester County Memorial Park in Paxton. Arrangements are under the care of Pillsbury Funeral Home 44 Gilbert St. North Brookfield.