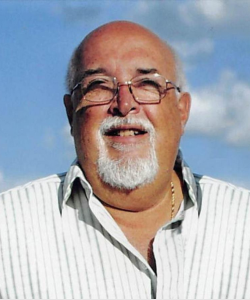 William A. Harrington, age 71, passed away peacefully on Tuesday, July 13, 2021 at Rose Monahan Hospice in Worcester after a courageous battle with cancer.

Born in Holden and raised in Barre, Bill graduated from Quabbin Regional High School and went on to work for many years as a car salesman, working for and owning multiple businesses throughout central Massachusetts. Most recently, he enjoyed his work as a Meat Manager at Wholesome Foods in Barre.

Throughout his life, Bill was known for his hard work ethic and dedication to his companies and many jobs. In his younger years, he enjoyed hunting, fishing and always appreciated the outdoors. He was a longtime member of the American Legion Post in Barre where he notably cooked for big celebrations like the 4th of July and Memorial Day. Bill liked to give back to his community through volunteering at the Barre Food Pantry.

Following Bill’s wishes, services will be held privately at Worcester County Memorial Park. In lieu of flowers, memorial donations may be made to the Barre Food Pantry, P.O. Box 265, Barre, MA 01005. Funeral arrangements are under the direction of Kelly Funeral Home, 154 Lincoln Street, Worcester.