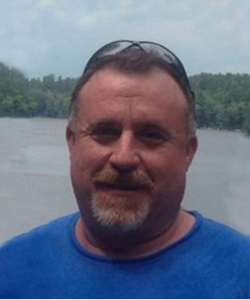 William A. Golden, 56, passed away unexpectedly on Sunday, May 10, 2020. Born in Ware and raised in Spencer, he was a son of Walter and Kathleen (Sousa) Golden.

William (Bill) graduated from the former Worcester Boy’s Trade High School where he excelled in carpentry. He went on to own and operate a successful carpentry business for many years, with his business partner, John Hillis. In his spare time he enjoyed spending time with family and seeing Aerosmith concerts with his daughter and playing with her cats, Clipper and Blade.

He will be lovingly missed and remembered by his daughter, Crystal Golden of Webster and her boyfriend, Chris Nedoroscik and his children Bradley and Zachary; his parents, Walter and Kathleen Golden of Holden; his brother, Daniel Golden and his wife, Carrie of Holden; his two sisters, Michelle Cote and her husband, Edward and Christine Ellstrom and her husband, Robert all of Leicester; and all of his nephews Ryan, Sean, Benjamin, Spencer, Devin and Aiden.

A graveside service at Worcester County Memorial Park will be held at the convenience of the family. In lieu of flowers, memorial donations may be made to the American Heart Association. Arrangements are under the care of Miles Funeral Home, 1158 Main Street, Holden.