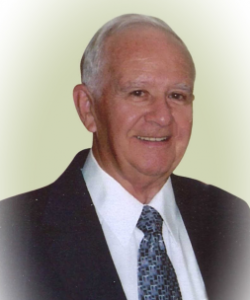 Bill was born in Worcester in 1929, and graduated from South High School before enlisting in the U.S. Air Force during World War II. He returned home several years later, and began his extensive career in Computer Programming. Bill worked with several companies in Massachusetts, prior to retirement.

In his free time, he enjoyed golfing, fishing, building model airplanes, and woodworking. Bill was a member of the Greendale Retired Men’s Club of Worcester. Above all, he especially loved spending time with his family and vacationing in Southern Maine and Campbell’s Bay, Quebec together. Bill was also a member of the Chester P. Tuttle American Legion Post #279.

In lieu of flowers, memorial donations may be made to the Autistic Self Advocacy Network (https://autisticadvocacy.org/) or to the Massachusetts Chapter of the TEARS Foundation (https://thetearsfoundation.org/donate/).

Relatives and friends are invited to visit with the Openshaw’s from 9:30 – 11 AM on Tuesday, February 22, 2022 at the BRITTON-WALLACE FUNERAL HOME, 91 Central Street, Auburn. A service celebrating his life will follow at 11, in the funeral home, and burial will be held at Worcester County Memorial Park, Paxton.