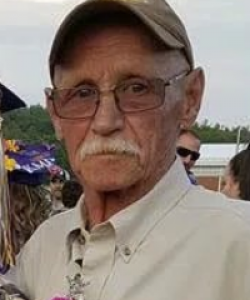 Section Garden of Heritage I Lot Number: 108Grave Number: A#4

Wayne R. Mallquist, Sr. 76, of Holden and Clearwater, Florida, passed away peacefully on Thursday, September 5, 2019 at Heywood Hospital in Gardner surrounded by his loving family following a brief illness. He leaves his wife of 53 years Linda (Johnson) Mallquist; a son- Wayne R. Mallquist, Jr. of York PA; a daughter- Sherri and her husband Mark Rayworth of Hubbandston; as well as two wonderful grandchildren who were the “apples of his eye”- Emily Mae Rayworth and Justin Mallquist Rayworth. He also leaves a sister- Susan M. Carlson and her husband William of Georgia, and a cousin Donald Carlson of Old Saybrook CT.

Wayne was born in Worcester, son of the late Russell and E. Margaret (Johnson) Mallquist. He graduated from North High School and proudly served in the Air National Guard. He worked as a machinist for the former Norton Company and Warner Swasey Company. In his later years he delivered bark mulch for Burnham Maintenance. He was a member of Immanuel Lutheran Church in Holden, The Ruffus Putnam Lodge of Masons; and an active member of Boy Scouts of America, Friends of Treasure Valley. His true joy in life was raising his children and grandchildren. He enjoyed spending time with his family and friends, skiing in his younger years, camping and boating throughout his life, and golfing during his retirement. He started scouting at 10 years old, and was a dedicated member of The Mohegan Council (BSA), and still working with Friends of Treasure Valley as of this spring .