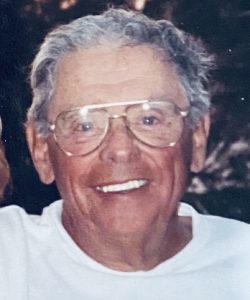 Mr. Cotter was a 1952 Worcester University graduate. He taught briefly before joining the U.S. Army during the Korean War, serving at Fort Holabird in Baltimore, MD where he was a black belt Judo Instructor. In 1958 he graduated from the Vanderbilt Law School, Nashville, TN. He received an MA. in Law from Clark University, Worcester, MA. His passions were art, music, literature, particularly political biographies and autobiographies. Mr. Cotter was well known for his kindnesses and fair judgment as a practicing Lawyer, Public Defender, Assistant District Attorney and finally as Clerk-Magistrate at the Westborough District Court from 1981 until 2010. Tom wrote numerous letters to his children and grandchildren as well as diaries from 1956 until 2020.

There will be a Calling Hour from 10:00 to 11:00 am and a Funeral Mass will follow at 11:00 am at Our Lady of the Angels Church, 1222 Main Street, Worcester, MA on Thursday, September 30, 2021. His burial will be at a later date. Arrangements by Graham Putnam & Mahoney Funeral Parlors, Worcester, MA.