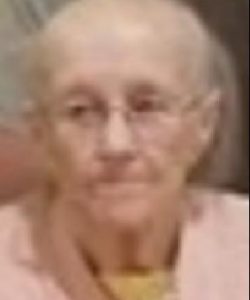 She leaves two daughters, Kathleen M. Rawson and her partner Thomas Lydon of Spencer, and Linda E. Spangenberg of Worcester; a son, Warren W. Johnson of Shrewsbury; a sister, Olive Rabidou of Worcester; three grandchildren, Jason Spangenberg and his wife Jennifer, Donna LaPlume and her husband Donald, and Kristopher Johnson; eight great-grandchildren, two great-great-grandsons; and many nieces and nephews. Two grandsons, Aaron T. and Edward R. Rawson, died before her.

Theresa was born and raised in Auburn, the youngest of 13 children of Arthur and Sophia (Metevier) Morin. She attended Auburn High School. She later moved to Milford before moving to Worcester in 1955.

Theresa worked in a hat factory in Milford and later at White’s Cleaners in Worcester. She worked many years at Millbrook Distributors in Worcester before retiring in 1990.

Theresa was a devoted member of St. Peter’s Church.

Theresa loved her family and friends. She was an extrovert who enjoyed an ever-growing active social life before social media was born. She especially liked making new friends.

There will be a calling hour Wednesday, July 28, from 9:30 to 10:30 a.m. at the Athy Memorial Home, 111 Lancaster St., Worcester. The funeral Mass will follow Wednesday at 11 a.m. in St. Peter’s Church, 931 Main St., Worcester. Burial will be in Worcester County Memorial Park, Paxton.

In lieu of flowers, memorial donations may be made to St. Jude Children’s Research Hospital, 501 St. Jude Place, Memphis, TN 38105.