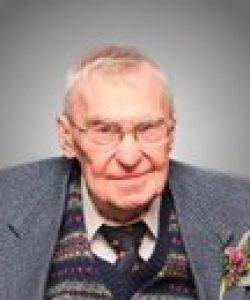 Section Garden of Heritage I Lot Number: 33Grave Number: B#1

Stanley R. Lindberg, 95, died on Tuesday, October 29, 2019 at Sterling Village after an illness. He was born in Worcester, the son of Gustaf E. and Ellen M. (Pehrson) Lindberg and had lived in Holden for 62 years.

Stan served with Battery C 543rd Field Artillery Battalion during World War II. He was an Army Technician Fourth Grade and participated in the Northern Solomon’s and Southern Philippines campaigns before being honorably discharged in 1946. Following his service to his country, Stan went back to school and graduated from Worcester Polytechnic Institute. He was an engineer at Norton Company for 31 years before retiring in 1986. He was an active member of Immanuel Lutheran Church in Holden for 56 years, was a former Boy Scout Leader of Troop 5 at Trinity Lutheran Church in Worcester and belonged to the “Tech Old Timers”.

Stan’s family is grateful for the staff of Sterling Village and the loving care they provided Stan, especially during his last weeks. We greatly appreciate all that you did for Dad.

A memorial service for Stan will be held at 11 a.m. on Saturday, Nov. 2nd at Immanuel Lutheran Church, 346 Shrewsbury Street, Holden. Burial is private and there will be no calling hours. Stan requested no flowers and no donations. Funeral arrangements are under the care of Miles Funeral Home, 1158 Main Street, Holden.