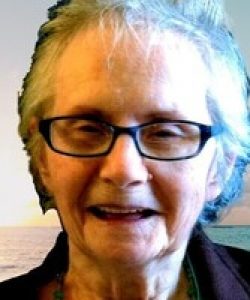 Beloved Shirley (Brunelle) Rawson, at age 88, succumbed to Alzheimer’s, which she had been battling for years. She died Friday, April 24, 2020, in Shrewsbury Nursing and Rehabilitation Center with her family by her side. Those not there held her in their hearts with love.

Shirley was born, December 14, 1931, in Worcester, Massachusetts, daughter to the late Henry & Muriel (Rafuse) Brunelle. She attended Worcester Public Schools and has lived in Worcester all her life.

Shirley had a love of music and dance from an early age that continued throughout her life. She loved her family and being a mother the most. Her love for her children and grandchildren knew no bounds, and she loved to spoil all her grandchildren with attention and love.

We will miss our beautiful and sweet mother, grandmother, great-grandmother, aunt, and sister. We cherish her memory, and her example of a beautiful, simple, and honest life well lived.

If you feel so inclined to honor Shirley’s memory, please consider a donation to the Alzheimer’s Association (alz.com). A public service will be planned after COVID-19 subsides. MERCADANTE FUNERAL HOME & CHAPEL, 370 Plantation St., Worcester is assisting the family with arrangements.