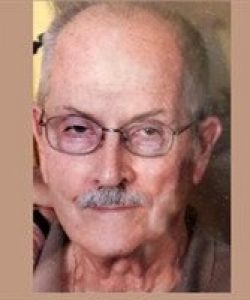 Roy P. Preston, Jr. 81 of Saint Cloud and formerly of East Brookfield and Worcester, MA, was called home, by the Lord on October 25, 2020. He leaves his wife, Barbara Masters Preston, two sons, Roy P. III and Mark E. both of East Brookfield and three grandchildren, Lauren R., Timothy M. and Casey R. He also leaves a sister, Doris Heaberlin, of Saint Cloud, a sister-in-law Barbara Whitson of Worcester, nieces and nephews, step-children and cousins. He was preceded in death by his parents and his first wife, Beverly, in 2006. Born in Bloomington, IL, the son of Roy P. and Naomi M. (Ratliff) Preston, he graduated from Hittle Township High School, Armington, IL, Worcester Junior College and Central New England College of Technology, Worcester, MA. He was an Industrial Engineer and a retiree of Norton Company, Worcester. Roy served 10 years in the U.S. Navy and was discharged as a Storekeeper First Class. He served aboard the USS Yarnall, USS Navasota and the USS Ute. He also was stationed at the USN and USMC Reserve Training Center in Worcester. Roy was proud of his service to his country. He was a Plankowner of the United States Navy Memorial, Washington, DC. He was a life member of the Disabled American Veterans, Chapter 4, Worcester. He was a member and past Master of Hayden Lodge FL and AM, Brookfield, MA and a member of the Northside Lodge F&AM, Saint Petersburg, FL. He and Barbara attended Eastern Avenue Baptist Church, St. Cloud. At Roy’s request, there will be no funeral service and will be buried with his first wife Beverly, in Worcester County Memorial Park, Paxton, MA. Arrangements entrusted to Osceola Memory Gardens Funeral Home, 2000 13th Street, St. Cloud, Florida 34769. Visit www.OsceolaMemGds.com for online condolences.