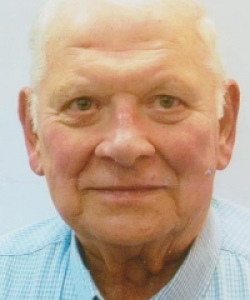 Robert R. ‘Bob’ Boisvert, 79, passed away Sunday, November 10, 2019 with his family at his side.
He leaves his wife of 14 years, Joan L. (Irwin) Boisvert, 2 daughters Tracy Spencer and her husband Anthony and Eleanore Boisvert both of California, 4 step children; Craig Gajewski of Oxford, Lisa DeWitt and her fiancé Jamie Riordan of Dudley, Dean Gajewski and his wife Melissa of Dudley and

Robert was born in Marlborough May 12, 1940 son of the late Raymond E. and Eleanore E. (Langlois) Boisvert, he was also predeceased by a sister, Jacqueline Beck of Southborough.

He graduated from Marlborough High School, then served in the U.S. Army for over 24 years with distinction during the Vietnam War and was a recipient of the Bronze Star as well as several medals for his overseas service and was also an engineer in the service.

Robert had numerous interests, boats, cars, collecting coins, fishing, investments, spending winters for 12 years in Stuart, FL. He enjoyed family and family gatherings. He was Proud to Serve his country for 24 years.

A calling hour for Robert will be Saturday, November 16, 2019 from 8-9am at the ROBERT J. MILLER FUNERAL HOME and LAKE CHAPEL, 366 School St., Webster, with a procession to follow for A Funeral Mass at 9:30am in St. Anthony of Padua Church, 24 Dudley Hill Rd., Dudley. Burial with Military Honors will be at Worcester County Memorial Park in Paxton.