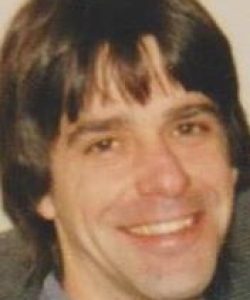 He was born in Worcester, son of the late Arthur and Mary (Laverty) St. Germaine and spent most of his life in this city.

Bob was a self-employed residential painter in Worcester County for over 30 years, and the former owner of AFAB Painting. He was also a talented musician that played guitar and bass fiddle in several popular bands over the years, including Perry and the Screamers. He once even played with Matt “Guitar” Murphy.

He is survived by his two children, Benjamin and Michelle, and his four grandchildren, Grace, Rose, Aiden and Jason, all of Leominster. He also leaves behind his siblings Edward and his wife Ann, Joseph and his wife Lois, Mary and her husband Allen Navickas, Paul and his wife Donna, Joan and her husband Thomas Murphy, Jean, Theresa & Roy Mobley and Daniel St Germaine. His brother Richard predeceased him in March. He also leaves his Uncle Phil Brunelle and many cousins, nephews and nieces.