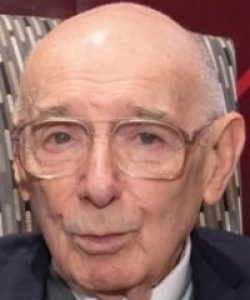 Robert “Bob” J. Jacques, 87, of Leicester passed away peacefully on Thursday May 5, 2022 surrounded by his family at home. He leaves his 2 daughters; Elizabeth Jacques of Marlborough, Michelle Pickett and her husband Kevin of Leicester, 3 grandchildren; Ryan Pickett of Leicester, Matthew Jacques of North Carolina and Jesse Jacques of West Boylston, and a son Gary Jacques of Sturbridge. Bob was predeceased by his wife of 53 years, Elizabeth C. (Conrad) Jacques who passed away in 2016 and his grandson Tyler W. Jacques, who died of complications from Cerebral Palsy. Born in Worcester, the son of Raoul and Dorothy (Rubenstein) Jacques. He was raised in Southbridge where he later graduated from St. Mary’s High School. After High School Bob joined the United States Army and served during Peacetime, he later worked as Salesman for Shacks Clothing Store in Worcester. He was an avid reader, loved to garden and watch old movies. He especially enjoyed traveling with his wife after retirement. Memorial calling hours will be held on Thursday, May 12 from 4:00-7:00 p.m. in the MORIN FUNERAL HOME, 1131 Main St., Leicester. Burial is private for the family in Worcester County Memorial Park, Paxton. In lieu of flowers, memorial contributions may be made to St. Jude Children’s Research Hospital, 501 St. Jude Place, Memphis, TN 38105