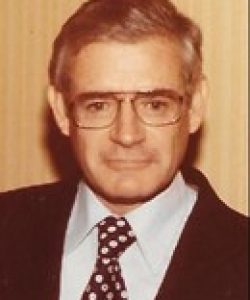 Robert F. Park, 93, passed away peacefully on Tuesday, September 24, 2019 at Rose Monahan Hospice Home in Worcester. He is survived by three nephews- Charles Park of Marlboro, Allen Russell of Jacksonville, FL, and Donald Russell of Hull, MA; two nieces- Beverly Russell of Holden, and Nancy Donahue of Worcester; and many great nieces and great nephews. He is predeceased by his wife Beverly J. (Copeland) Park.

Robert was born in Marlboro, son of the late Walter and Beryl (Hodgkins) Park. He was a graduate of the Boy’s Trade School and worked as a printing engraver for Dennison Manufacturing. Robert proudly served his country in the US Navy. At only 18 years old, he was one of the many at Omaha Beach on D-Day on the LST #61 ship. He was a member of the LST Association, First United Methodist Church in Westboro, and the United Brethren Masonic Lodge for over 40 years.

A calling hour will be held on Saturday, September 28, 2019 from 9-10am in Nordgren Funeral Home, 300 Lincoln Street, Worcester. A Masonic and funeral service will follow at 10am in the funeral home. Burial with military honors will follow at Worcester County Memorial Park, Paxton.