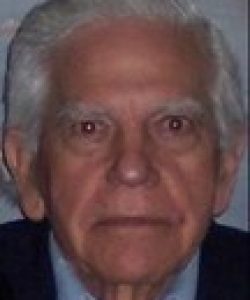 Robert F. Blake (94), left this world on June 23, 2017. He was born in Washington, PA, the son of Frederick W. Blake and Ruth Kahl Brother. He graduated from Trinity High School and entered the Navy in WWII serving as a torpedo man on numerous submarines in the Pacific Fleet. He met his 1st wife, Doris Adams at the Portsmouth NH Navy Base where both served in the Navy. They married at the end of the war and lived in Akron, OH for 7 years. The family moved to Holden, MA.

Robert retired from Norton Company in 1985 as a product engineer. He was predeceased by his parents, a brother James killed in WWII, 4 sisters, and his beloved son Dale A. Blake killed in Viet Nam.

He leaves his devoted wife of 41 years, Demetra (Rassias) Blake of Worcester, a son Edward R. (Paula) of FL, a daughter, Carrie A. (Deirdre) of NH, a stepson John Papas, and stepdaughter Nicole Papas both of Worcester, a daughter-in-law Charlene Blake of North Brookfield, his brother William Blake (Ruth) of Akron, OH, 4 grandchildren, Kimberly Ouellette, Joel (Susan) Blake, all of Charlton, Tanya Blake of Shrewsbury and Dale(Penny) Blake of Dudley, 6 great grandchildren, and numerous nieces and nephews.

Robert made an anatomical gift of his body to University of Massachusetts Medical School in Worcester. Condolences may be sent to his wife and family.