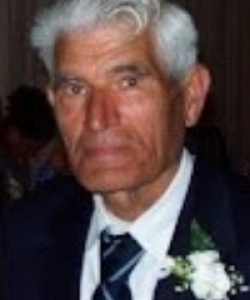 Paul Peter Nelson, 86, of Leicester, peacefully passed in his home on February 19, 2022. He was predeceased by his wife, Mary (Connell) Nelson. He will forever be in the thoughts of his loving children Noreen Porter of Dalton, Sheila Lapointe of Leicester, Paul Nelson of Spencer, Peter Nelson of Webster, Joseph Nelson of Holden and Mary Poske of Leicester; ten grandchildren; fourteen great grandchildren, several nieces and nephews; and his beloved sister-in-law, Sheila Conrad of Fishkill, NY. He was predeceased by his son, John Nelson, his brother, Robin, and sister, Shirley Defries.

He was born in the Royal Borough of Kensington, London, England. In his youth, Paul experienced the horrors of the war during the bombing of Great Britain. Following the war, Paul relocated to the United States and shortly thereafter became a naturalized Citizen.

As an adolescent he pursued various interests and often spoke of being employed as a cowboy while residing in Texas. Relocating to Virginia, he enlisted with the United States Navy serving aboard the U.S.S. Robert H. McCard. Following an Honorable Discharge, he became an accredited member of the United States Merchant Marine. Paul married the true love of his life and began a family in New York before settling in Massachusetts. He retired after 30 years of employment with the Jamesbury Corporation. Always the proper English Gentleman his coworkers and friends addressed him as “Lord Nelson”.

Paul was proud of his Navy Service and acquired a vast knowledge of naval vessels, history and conflicts. He was a talented craftsman and enjoyed replicating wooden models of Sailing vessels. An avid book reader; his favorite author was Stephen Hawking.

The family would like to extend their immeasurable gratitude and thanks to the visiting staff of Overlook VNA of Charlton and Dr. John Chisholm of Reliant Medical Group for their unwavering support and devoted care will forever be etched in our memories.

His visitation will be on Saturday, February 26th in O’CONNOR BROTHERS FUNERAL HOME, 592 Park Avenue, Worcester from 9:30 until 10:30 a.m. followed by his funeral service. Burial will be in Worcester County Memorial Park, Paxton. In light of the COVID pandemic the family requests that masks be worn indoors.