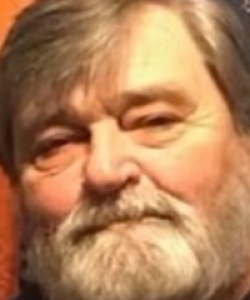 Section Garden of Valor I Lot Number: 272Grave Number: B#3

Paul E. Gadbois, Sr., 70 of Spencer, died Wednesday, October 27 in St. Vincent Hospital.
He leaves his wife of 46 years, Denise M. (Rego) Gadbois, a son Paul E. Gadbois, Jr. and his wife Katelyn of East Brookfield, two daughters; Lisa A. Keyes and her husband Leonard of Smyrna Mills, Maine and Sherry L. McWhorter and her husband Michael of North Brookfield, a brother Joseph W. Gadbois and his wife Eleanor of Brookfield, 10 grandchildren and 21 great grandchildren and several nieces and nephews. He was predeceased by a sister Rita Holmes and a brother Robert Gadbois.

Paul was born in Worcester, son of Alfred J. and Louise F. (Bernard) Gadbois. He was a trailer truck driver for many years retiring in 2002. He was a member of the National Rifle Association. He enjoyed hunting and camping.
Due to an illness in the family, funeral arrangements have not been completed at this time. J. HENRI MORIN & SON FUNERAL HOME, 23 Maple Terr., Spencer is directing arrangements.