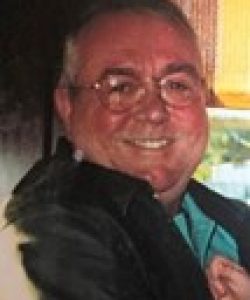 Paul A. Malboeuf, 73, formerly of Worcester, passed away in his home with his family by his side on Saturday, May 9th after an illness.

Paul attended Nichols College and entered the United States Army and served during the Vietnam War. While in the service he was assigned to the National Honor Guard where he had the privilege to take part in the inauguration of President Richard Nixon and the funeral services of President Dwight Eisenhower.

Mr. Malboeuf worked for the City of Worcester Department of Public Works for 40 years and retired from the Sanitation Division. Paul was an enthusiastic Boston sports fan and could often be found watching a game with his family or friends. He enjoyed many things, but he was the happiest when he was spending time with his two cherished grandsons, Shaun and Ryan.

Due to the current restrictions in place because of the COVID-19 pandemic a private burial will be held in Worcester County Memorial Park, Paxton. Memorial contributions in memory of Paul may be made to Autism Speaks, 88 Broad Street 5th Floor, Boston, MA 02110.