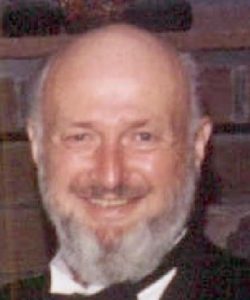 Norman G. Prunier, 84, a lifelong Worcester resident, passed away Saturday, May 22, 2021 with loved ones gathered at his side.

Norman was born in Worcester, the son of Napoleon J. and Rita L. (Auger) Prunier. Raised in Worcester he graduated from Commerce High and began a career as a mason with the Bricklayers Union for over 40 years, working mainly for F.W. Madigan and his cousin J.S. Prunier before retiring. He then accepted a job with the City of Worcester School Department for 10 years retiring formally in 2002.

The Love of his Life and wife of over 50 years, Carole Ann (Flagg) Prunier passed away in 2006. He is survived by the family he cherished, his five children, Tina Chan and her husband Wing of Millbury, Norman Prunier, Jr and his wife Joanne of Wareham, Darlene Nocella in Colorado, Christine Brunelle, and her husband Frederick Brunelle, II of Worcester; a daughter in law, Theresa Prunier of Boylston; a brother Francis Prunier, sister Elaine Bousquet both of Millbury and two sisters in law, Barbara and Joanne Prunier; 13 grandchildren; 12 Great grandchildren; many nieces, nephews, extended family, and friends. In addition to his wife and parents, a son Mark Prunier, brothers, Ronald and Paul Prunier among other family members, all predeceased him.

Active all his life, Norman was a member of Our Lady of Loreto Church, the Bricklayers and Allied Craftsman Union. He was an avid motorcycle enthusiast, a member of the Motorcycle riders club owning and riding, Goldwing, BMW and Harley Motorcycles. Norman also enjoyed square dancing, camping, cruising, boating and Western Country music. A man with a huge heart, bright smile, and kind word for all, he cherished the time he was surrounded by his family, especially his grandchildren. Norman was so proud of everything they accomplished and the attention he received from them. His memory will live on.

A period of calling hours will be held Friday, May 28th from 9:00 am to 11:00 am in the MERCADANTE FUNERAL HOME & CHAPEL, 370 Plantation St. followed by a prayer service at 11:00 am. Burial will follow in Worcester County Memorial Park, Paxton.