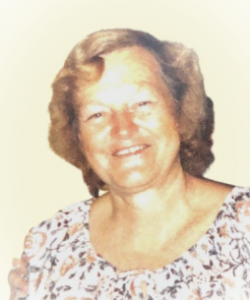 Section Garden of Valor I Lot Number: 182Grave Number: A#2

Nathalie E. “Nicky” (Yurasha) LaPlante, 95, longtime Auburn resident, passed away peacefully on Tuesday, August 24, 2021 at The Overlook of Charlton, with her loving daughter by her side.

Born, raised, and educated in Auburn, Nicky was a graduate of Auburn High School, where she was inducted into the Athletic Hall of Fame. She worked at the former Woolworth’s Store, as well as the former Liggett’s Drugstore, both in Worcester, before becoming a full-time homemaker. Nicky met and married her beloved Hector, and traveled with the U.S. Navy for many years, before settling in Auburn to raise their family.

In her free time, she enjoyed reading, going to the movies, finding treasures at yard sales, and selling them at the flea market with her sister Mary.

In lieu of flowers, memorial donations may be made to Worcester County Food Bank (www.foodbank.org).

Relatives and friends are invited to attend Nicky’s funeral Mass, which will be celebrated at 10 AM on Saturday, August 28, 2021 at St. Joseph’s Church, 189 Oxford St. N., Auburn. Burial will follow in Worcester County Memorial Park, Paxton. The Britton-Wallace Funeral Home is honored to be assisting with arrangements.