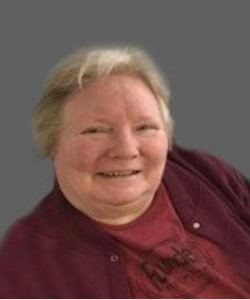 Lynn K. (Fischhaber) Gonyea, 71, beloved wife of Robert P. Gonyea, passed away peacefully surrounded by her family on Thursday, March 12, 2020 at UMass Memorial Medical Center – University Campus.
Born and raised in Frankenmuth, MI, she was a daughter of the late Harold and Joyce (Reif) Fischhaber. Lynn earned a Bachelor’s Degree in Physical Education from Michigan State University and while attending played the coronet in the university band. After graduating she began her teaching career in New York.

Lynn relocated to Winchendon and soon after met and married the love of her life, Bob. She enjoyed a long career from 1989 to 2005 as a systems analyst for Norton Company and following her retirement served as administrative assistant at Immanuel Lutheran Church. For the past thirty years, Lynn was a participant in a national study at the Joslin Diabetes Study in Boston. She was a member of Immanuel Lutheran Church in Holden and in her spare time she enjoyed reading, horseback riding, and most especially spending time with family and friends.

She will be lovingly missed and remembered by her husband of 19 years, Robert; her step-son, Jarred Gonyea and his wife, Angela of NH; two step-daughters, Karen Steinacker of FL and Amy Gribauskas and her husband William of Sutton; two sisters, Lois List and her husband, John of Frankenmuth, MI and Karen Delaney and her husband, Marvin of Milford, MI; four grandchildren, Joey, Anthony, Nadine and Ashlin; one great-granddaughter, Elena; two nieces, Amy List and Darcie Delaney-LaBush; and two nephews, Eric List and Dustin Delaney. In addition to her parents she was predeceased by her sister, Lori Fischhaber.

Relatives and friends are invited to visit with her family from 6 to 8 p.m. on Monday, March 16 in the Miles Funeral Home, 1158 Main Street Holden. A Funeral Service will be held on Tuesday, March 17 at 11 a.m. at Immanuel Lutheran Church, 346 Shrewsbury Street, Holden. Lynn will be laid to rest at Worcester County Memorial Park, 217 Richards Avenue, Paxton following the funeral service. In lieu of flowers, memorial donations may be made to the Joslin Diabetes Center, 1 Joslin Place, Boston, MA 02215.