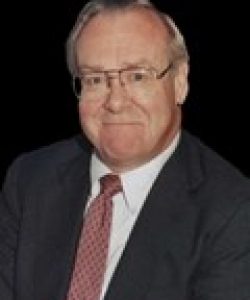 Lionel J. Berube, Jr., 87, of Worcester, died Saturday, October 26, 2019 at The Overlook in Charlton, MA, surrounded by his loving wife and family.

Born in Lewiston, Maine in 1932, he was the son of Lionel J. Berube and May G. (Field) Berube. He graduated from the University of Maine, Orono in 1954, where he was a member of the state champion golf team. He was honorably discharged from the U.S. Army in 1956 then pursued graduate study at University of Maine. He was an enthusiastic student of history and an accomplished musician.

He leaves his devoted wife of 63 years, Jane Auber Berube; his children, Linda Mara and her partner, Bruce Koenig, and Kim Bates and her husband, James Bates; his grandchildren, Julie Mara Genga and her husband, John Genga, Jennifer Mara Gendron and her husband, Neil Gendron, Ethan Bates, and Isaac Bates. He was beloved by his family and many close friends. He received exceptional care from Overlook’s Skilled Nursing 3 and Hospice teams.

Lionel retired from The America Group in 1988 with three decades of service at State Mutual Life Assurance Company of America. He earned his Chartered Life Underwriter CLU designation in 1971. He spent his entire career in Group Insurance Operations in various managerial positions. In retirement he enjoyed summers in Maine and winters in Myrtle Beach. Family and friends will always remember his quick wit and masterful storytelling.

He was a member of St. Michael’s Episcopal Church in Worcester where he was a two-term member of the Vestry.

Calling hours begin at 11:00 am Wednesday, October 30 at Nordgren Memorial Chapel, 300 Lincoln St., Worcester, followed by the funeral at 12:00 noon at the Chapel. Burial at Worcester County Memorial Park in Paxton will follow.