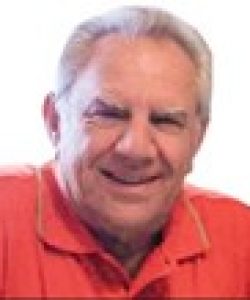 Lawrence A. “Larry” Falcone, 80, of Worcester, passed away on Saturday morning, September 21, 2019 at Saint Vincent Hospital, surrounded by his loving family.

Larry is survived by his loving wife, Joan L. (Doucimo) Falcone, with whom he recently celebrated fifty-nine years of marriage; their four children, Gina R. Cooper and her husband Wayne of Shrewsbury, Maria A. Falcone of Worcester, and twin sister and brother, June M. Brazeau and her husband Bill of Rutland, and Joseph A. Falcone and his wife Danielle of Worcester; two brothers, Richard Falcone of Burlington, NJ, and Samuel Falcone of Oxford; three grandchildren, twin girls, Emily and Katie Cooper, and Nicholas Chausse; a special young lady who was, in his heart, a great granddaughter, Kaylee Crespo; his “adopted Irish daughter”, Tara Flynn of Worcester; Danielle’s daughters Kristin and Katelyn Dejoinville, both of Worcester; two long-time friends, Michael Quinn of Shrewsbury and Daniel Mann of Orange City, FL; many nieces and nephews. Larry was predeceased by his sister, Amelia Masiello; and by a very dear friend, Timothy “Tippy” Dagle.

Larry was born in Worcester, son of the late Larry and Mary (Simonelli) Falcone, and has lived here all his life. He graduated from the former Sacred Heart Academy and later served his nation proudly in the United States Navy aboard the U.S.S. Macon. Upon his return from the Navy, Larry married the love of his life, and together they raised their children in the Grafton Hill section of Worcester.

Larry worked hard to provide for his family and will be remembered as a great auto mechanic who was knowledgeable and fair. Turnpike Getty and Falcone’s Service Center in Shrewsbury are just two of the stations he owned and operated.

He had been a member of Our Lady of Mount Carmel Church, but was currently attending Saint Stephen’s Parish. Larry belonged to The Greendale Men’s Club, enjoyed playing cards and celebrating “The Wonder of It All”. He loved traveling with his family during the children’s younger years, and then with Joan to the Caribbean Islands and Florida. Larry was able to fix anything; “Don’t buy a new one, Larry can fix it”!

His children loved and admired him. They speak with great pride of his ideals of “family first”, as well as of his generosity, kindness and willingness to help others. Larry was truly a great man.

The family would like to thank the “angels” in the PCU at Saint Vincent Hospital for their kindness and support during this difficult time.

Calling Hours will be on Wednesday, September 25, from 3 p.m. until 7 p.m. at MERCADANTE FUNERAL HOME & CHAPEL, 370 Plantation Street, Worcester. His Funeral will be on Thursday, September 26, departing the funeral home at 10:40 a.m. in procession to an 11a.m. Funeral Mass at Saint Stephen’s Church, 357 Grafton Street, Worcester. Interment with Military Honors will follow at Worcester County Memorial Park in Paxton.

In lieu of flowers, donations in his memory may be made to Saint Jude Children’s Research Hospital by visiting www.stjude.org