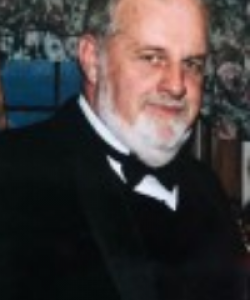 Kevin J. Daley, 70, of Worcester; formerly of Webster, died at home, surrounded by his family on Saturday September 10, 2016.

Kevin was born February 17, 1946 to the late Francis J. and Alice R. (Houghton) Daley. One of five children, he is survived by his sister Frances Cutty and husband Alan; brother William and wife Barbara.

Kevin served in the Army from 1965 to 1968 and was stationed as an MP in Germany. Upon return, he continued to serve his country in the National Guard, while beginning his career with the City of Worcester, DPW. As General Foreman for the City of Worcester, Water Operations, Kevin was respected by colleagues, superiors & citizens alike. He received the Thomas S. Green public servant of the year award in 1990 and after 30 years of service, he retired from the City of Worcester in 2002

He had a special place in his heart for his beloved dogs, loved music, comedy and was never without a book. He was a man of deep faith and upstanding character; humble, generous and loving. His infectious laugh and humor endeared him to everyone that had the good fortune to know him. He will be deeply missed.

His family would like to thank the UMass hematology/oncology doctors, nurses and staff for their exceptional care and support.

Family and friends will gather to honor and celebrate his life at Callahan-Fay-Caswell Funeral Home, 61 Myrtle St., Worcester from 5pm to 8pm on Friday September 16th. Funeral services will be held on Saturday September 17th at 11 am at Sacred Heart Church, East Main St, Webster. In lieu of flowers, donations may be made in his name to the American Red Cross, 2000 Century Dr., Worcester, 01606 or Home Health & Hospice, 7 Executive Park Drive Merrimack, NH 03054