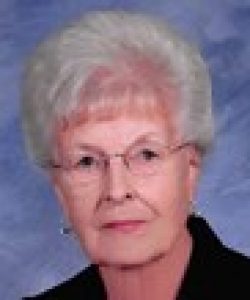 Joyce (Whitehead) McEachern, 91, passed away unexpectedly on Sunday, October 27, 2019 at Knollwood Rehabilitation Center. She was born in Worcester, the daughter of Arthur H. and Marion A. (Waldron) Whitehead and had lived in Paxton, South Yarmouth and Orlando, FL before moving back to Worcester in 2014.

Joyce was a graduate from the Memorial Hospital School of nursing. She lived in Paxton and worked 20 years as the Paxton Center School nurse. They moved to the cape in 1979. She worked for the Barnstable County as a school nurse. She retired while working at Yarmouth Internest after 50 years working as a nurse.

A graveside service will be held at 11 a.m. on Wednesday, Nov. 6th at Worcester County Memorial Park, 217 Richards Ave., Paxton. In lieu of flowers, memorial contributions may be made to the Worcester Animal Rescue League, 139 Holden Street, Worcester, MA 01606. Arrangements are under the care of the Miles Funeral Home, 1158 Main Street, Holden.