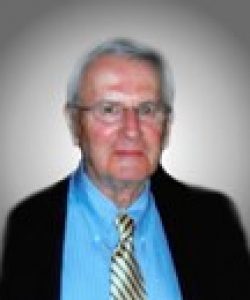 John “Jack” W. Ghize, 80, passed away peacefully at home on Wednesday, May 13, 2020 after a long illness. He was born in Worcester, the son of John G. and Elsie I. (Butterfield) Ghize and had lived most of his life in Shrewsbury before moving to Paxton fifteen years ago.

He leaves his loving wife of 57 years, Paula D. (Iandoli) Ghize; his son, John M. Ghize and his wife, Leslie of Plandome, NY; his daughters, Susan M. Ghize-Van Liew and her husband, Richard of Jefferson and Kerry D. Ghize and her husband, James Putland of London, England; his brother, Paul E. Ghize of Worcester; his sister, Joan M. Lowney of Quincy; his five adored grandchildren, Owen and Lila Ghize, Christopher and Elizabeth Van Liew and Catherine Putland; and nieces and nephews.

John owned and managed Iandoli’s Liquor Store in the Grafton Hill section of Worcester for many years before retiring in 2000. He was devoted to his family and was a member of St. Columba Church in Paxton. He and his wife enjoyed traveling to Naples, Florida, a cherished destination during the winter for several years prior to John’s illness. He was also an avid Red Sox fan.

Due to the national health crisis, a private committal service will be held at Worcester County Memorial Park in Paxton. A Funeral Mass of Christian Burial for John will be held at a future date to be announced. Please omit flowers. Memorial donations may be sent to The Michael J. Fox Foundation for Parkinson’s Research