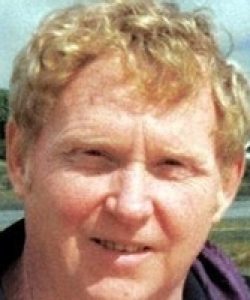 Section Garden of Heritage I Lot Number: 136Grave Number: A#1

John M. “Jack” Loftus, 65, of City Depot Road, died suddenly on Wednesday, May 11, 2016, in his home. He was predeceased by his wife of 18 years, Lorraine A. (Nolet) Loftus who died in 2000. He is survived by five children, Tyson J. Loftus of Charlton, John M. Loftus Jr. and his fiancée Nikki Roy of North Brookfield, Brian K. Houle and his wife Julie of Templeton, Kim M. Bond and her husband James of Charlton, and Marc J. Houle of Charlton; a brother, Richard T. Loftus and his wife Robin of Rutland; two sisters, Mary E. Loftus of Wells, ME, and Marguerite A. Brueggemann and her husband Gary of Holden; 10 grandchildren, and a large and loving extended family. He was predeceased by his best friend, Mike Kole. He was born in Worcester, son of the late Richard J. and Elizabeth M. (O’Connor) Loftus, and lived in Worcester before moving to Charlton 35 years ago. He graduated from Doherty High School in Worcester in 1969 and attended UMass Amherst.

Mr. Loftus worked at Norton Company in Worcester for over 25 years. Later, he worked for Sullivan Metals in Worcester for 7 years, retiring in 2013. He will be remembered by his family as a man who loved life and was a hero to many.

Memorial calling hours are Friday, May 20, 2016, from 9 a.m. – 12 noon, at Paradis-Givner Funeral Home, 357 Main St., Oxford. A prayer service will be held at 12 noon at the conclusion of calling hours. Burial will be private at a later date at Worcester County Memorial Park in Paxton.