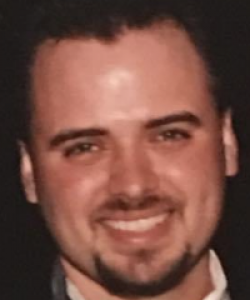 Jefferey C. Goodrow, Jr., 52, died peacefully at his home on Monday, May 18 after a long battle with Alzheimer’s Disease.
He leaves his wife of 24 years, Maureen L. (White) Goodrow, his sons Jacob M. and Jarod J. Goodrow, his brother John F. Goodrow all of No.Brookfield, and his nephew Jackson J. Goodrow of Newbury.
Jeff was a longtime pharmacist and most recently worked for Rite Aide Pharmacies. He previously worked at UMASS Memorial Hospital in Worcester and CVS in Spencer.
Born in Worcester, he was the son of Jefferey C. and Jane I. (Marderosian) Goodrow, Sr. and graduated from David Prouty High in Spencer,1985, Assumption College in Worcester in 1989 and Mass. College of Pharmacy in Boston, Class of 1992.
Jeff was an avid golfer and a member of Quail Hollow in Oakham.
Due to the current health crisis, burial in Worcester County Memorial Park, Paxton will be private. A celebration of his life will be held at a later date when it is deemed safe. Please omit flowers. Contributions may be made to a charity of choice or a local food bank. J.HENRI MORIN & SON FUNERAL HOME, 23 Maple Terr., Spencer is directing arrangements.