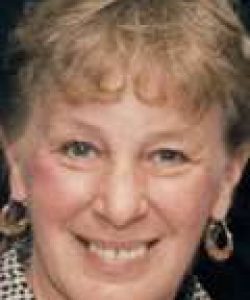 She leaves her husband, Arthur P. Orsi; three sons, Paul A., Marc J. and Carlo F. Orsi; one daughter, Carly A. Orsi; two grandchildren, Vincenza and Delia; one brother, John and his wife Elizabeth Buell; a sister, Joanne M. Gray, all of Worcester; four nieces and two nephews; and her best friend, Linda Jackson. Her brother, James R. Buell died September 12th. She was born in Worcester the daughter of Oland A. and Mary E. (Kleiza) Buell.

Janice was a graduate of North High School and attended Worcester State College. She was a dedicated employee for over fifteen years at the Headstart Program in the Worcester Public Schools. Janice enjoyed watching her daughter’s cheering and dancing activities, going to New York City and watching musicals, reading, cooking, going to the beach, and spending time with her family. She was a member of St. Stephen’s Church.

The funeral for Janice is Friday, December 14th from O’CONNOR BROTHERS FUNERAL HOME, 592 Park Avenue with a Mass at 10:00 AM in St. Stephen’s Church, 357 Grafton Street. Burial will be in Worcester County Memorial Park, Paxton. Calling hours are Thursday, December 13th from 5:00 until 8:00 PM in the funeral home. In lieu of flowers, donations in her memory may be made to the UMass Memorial Hospice, c/o UMass Memorial Foundation, P.O. Box 2795, Worcester, MA 01613-9938.