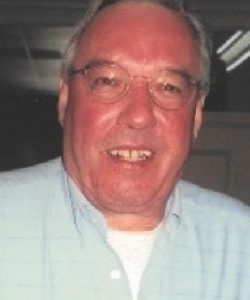 James O. Erdmann, 78, passed away peacefully on Saturday, November 28 at Care One in Millbury.

He was born in Leominster, son of Otto and Alma (Cahill) Erdmann He graduated from Saxton Trade School and served in the United States Navy. Shortly after the service Jim began working at the former Worcester Press Aluminum where he met the love of his life, Frances. He went on to work as a warehouse foreman for Roadway Trucking for many years, retiring in 2000. He was a longtime member of the Auburn Elks. He enjoyed golfing and watching the Red Sox and Patriots.

He leaves his wife of 41 years, Frances E. (Barter)Erdmann; three step-children, Patricia Nielsen, April Bergstrom and Charles Pierce; a brother, Rolph Erdmann and his wife, Barbara; a sister-in-law, Margaret Erdmann; grandchildren and nieces and nephews. A brother Robert Erdmann and a sister, Patricia Sine predeceased him.

A Spring Graveside Service will be held in Worcester County Memorial Park, Paxton. In lieu of flowers, memorial donations may be made to the Friends of the Soldiers’ Home in Holyoke, Inc. PO Box 1338 Holyoke, MA 01041. Arrangements in the care of Callahan Fay Caswell Funeral Home, 61 Myrtle St., Worcester.