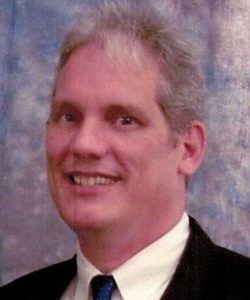 He leaves his wife of 33 years, Miriam D. Foley; three sons, Steven I. Foley of Quincy, John A. Foley of Shrewsbury, and Clifford C. Foley of Boston; four siblings, Tara M. Marchand and her husband James of Townsend, Martin E. Foley and his wife, Christina of Worcester, Daniel G. Foley and his wife, Stephanie of Cranston, RI and Peter C. Foley and his wife, Kate of Rochdale, and many nieces and nephews. Steven was born in Yonkers, NY, son of John A. and Marion (Wren) Foley. He graduated from Doherty Memorial High School, Worcester State College, and Massachusetts School of Law at Andover, and was a member of St. Mary’s Church.

Steven began his career as a software engineer spending almost 30 years in the Information Systems and Manufacturing Industries and founded DLC Computers. He was also a local real estate agent, but his true calling would come later in life when he changed careers to practice law. As a lawyer, Steven maintained a private practice in Worcester specializing in criminal defense, firearms licensing, and immigration law.

A modern renaissance man, he enjoyed flying single-engine planes and was a member of Pilots N Paws, a charity designed to fly rescue dogs to new families throughout the country. He was also a Jeep enthusiast, loved sailing, scuba diving, and anything to do with computers.