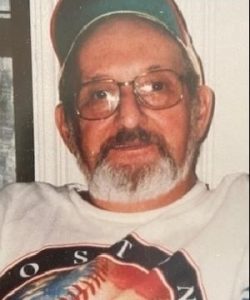 He was born in Springfield, son of Merton B. and Mae E. (Cummings) Hurd. He was a member of St. Joseph’s Church in Charlton, and was a retired utility man working at General Motors for many years. He enjoyed fishing, painting cars, building bicycles, and watching Barrett Jackson on television. He also loved his cats Rusty and Pumpkin and his dogs Cherie and Peaches.