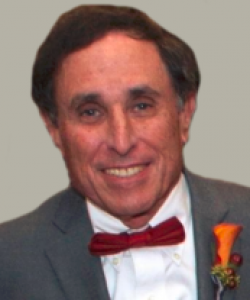 Harold “Harry” Shapiro, 71, formerly of Worcester, passed away at home surrounded by his family on February 5, 2020. Harold was married 42 years to his beloved wife Sissy (Bolduc) Shapiro. He was the proud and devoted father of Lisa Shapiro and husband Nate Calef of Melrose, Michael Shapiro and wife Danielle of Needham, Stephen Shapiro and wife Kristine of Winchester and four grandchildren, Max and Zoe Shapiro and Tessa and Sawyer Calef, a brother William Shapiro and wife Sherry of Boynton Beach, FL, Rick and Rita Jeffries of Leominster whom he regarded as a brother and sister rather than in-laws, as well as 7 nephews and 3 nieces, many cousins and friends. Harold was predeceased by his parents Max and Rebecca (Cutler) Shapiro and sister Susan Shapiro.

Harold was a great role model and inspiration to his family. He was passionate about his work and his clients. In his spare time he enjoyed watching the Red Sox and Patriots and playing cards. He especially loved spending the summers with his family and grandchildren at his vacation home in New Seabury.

Harold was born February 20, 1949 in Worcester. He graduated cum laude from UMass Amherst in 1971 with a BBA. Harold passed all four parts of the CPA exam on his first attempt in 1972. Harold began his CPA career 49 years ago at Goff & Cagan, a small 13 person office in Worcester, where he became a Tax Partner. Later becoming Goff Carlin & Cagan LLP, before merging with Joseph B. Cohen & Associates in 1995, to form Carlin, Charron & Rosen LLP. As a Senior Equity Partner he helped grow CCR to one of the largest regional CPA firms in New England employing some 250 employees across 4 offices. CCR was acquired by Grant Thornton in 2011. Harold continued practicing accounting at Kahn, Litwin, Renza & Co. up until his passing.

A funeral service will be held at 10 am on Friday, February 7, at Congregation Beth Israel, 15 Jamesbury Dr., Worcester. Burial will follow at Worcester County Memorial Park in Paxton. Relatives and friends are invited to visit with Harold’s family for Memorial Observances on Saturday, February 8th and Sunday, February 9th from 1pm – 5pm at the residence of Sissy Shapiro, 98 Angell Brook Drive, West Boylston. Funeral arrangements are under the direction of Richard Perlman of Miles Funeral Home in Holden. In lieu of flowers, donations can be made to Lahey Hospital, Oncology Department, 41 Mall Road, Burlington, MA 01805 or VNA Hospice Care, 120 Thomas Street, Worcester, MA 01608.