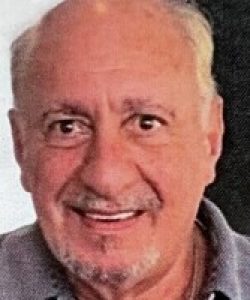 Sgt. George J. Zecco, Jr. USAF (ret), 74 years of Holliston, passed away unexpectedly Saturday, January 1st, 2022, four days before his 75th birthday, with his niece, Jennifer Zecco by his side, and family members virtually after suffering a medical event.

George was born January 5th, 1947, in Worcester, the son of George and Nancy (Tonelli) Zecco. He grew up in Shrewsbury, with his siblings before joining the U.S. Air Force, Space Force, NASA Department of Defense and received numerous medals for his exemplary service. George attended Pima College and Worcester State University, where he received a Bachelor of Science degree in Psychology.

George is survived by his beloved partner of 22 years, Edward Lemieux, a sister and best friend, Nancie A. Zecco-Dowgiewicz and her husband Mark of Webster, a brother Joseph A. Zecco and his wife Lori of Ocala Florida; several adored nieces and nephews that include Jennifer, Chris, Max, Maria-Rose, Joe, Jason, Michael, Jessica, Ashley, and Jeffrey, and their children. In addition, a former brother-in-law, Fred Cordella, extended family, and friends that included Gary Rabidou Jr. whom he treated like a son and Crystal Roach like a daughter, and their children he considered as his own, including Jillian, John, and Parker.

George was a talented jewelry designer. He owned Zecco Jewelers for many years before closing his business and joining Maria Buduo of Marias Fine Jewelry in Worcester. He was a dedicated jeweler and loved working with all his customers that admired him. His personality was bigger than life and filled a room when he walked in, his heart was of pure gold that shined. George loved the beautiful ocean at Cape Cod and kayaked every weekend in the warm months of new England with his friends. He also was a very talented musician and loved Blues and Jazz music and played the piano and guitar. His inspiration in life was his Partner Edward and his immediate and extended family and friends which he loved and cherished every moment that he spent with them. He truly enjoyed life and living in the moment.

There will be no calling hours at this time for George. However, there will be a future celebration of Georges Life will take place at a later date. The MERCADANTE FUNERAL HOME & CHAPEL, 370 Plantation St. is honored to assist the family with arrangements. Memorial remembrances in his name can be made to the OCEANA (protecting the world’s oceans) attn: Donation Services, 1025 Connecticut Ave., NW, Suite 200, Washington, DC 20036 USA or the Worcester Animal Rescue League, 139 Holden Street, Worcester, 01606.