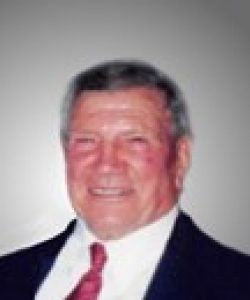 Frederick S. Warren, Sr. passed away at home on Thursday, November 14, 2019 at the age of 95 with his loving family by his side. He was born in Willimantic, CT, on October 24, 1924, the son of the late Harold A. Warren, Sr. and Dorothy (Buck) Warren. He has resided in Rutland since 1962. He is survived by his wife of 72 years, Shirley J. Warren; his sister, Virginia Francois of Storrs, CT; his sons, Frederick S. Warren, Jr. of Louisville, KY, Stephen M. Warren and wife, Connie of Storrs, CT, Gordon F. Warren of Hyannis; his daughters, Dorothy E. Tsotsis and husband, Michael of Rutland, Judith D Curtin of Holden, and Katherine A. Cammuso and husband, Paul of Rutland. He also leaves behind thirteen nieces & nephews, thirteen grandchildren, twenty-three great grandchildren, and four great-great grandchildren. He is predeceased by his brother, Harold Warren, Jr. and brother, David Warren.

Fred received his B.S. degree in Animal Science from the University of Connecticut and his Masters degree in Education from Worcester State College. While at UCONN, he was a four year varsity standout cross country runner and a very successful pole-vaulter. He took a brief absence from college during his freshman year to join the US Navy during WW-2 where he was a member of the medical unit on board the USS Helena III (the Flag Ship for the Atlantic) from 1943-46. He served in Guantanamo Bay, Cuba. After his time in the service he returned to UCONN to complete his undergraduate degree.

Fred’s professional career was very extensive and successful. His career began at URI as an instructor with the College of Agriculture and became the University Farm Manager. Then he became the manager of the Laroche-Heffmun Pharmaceutical’s Research Farm in New Jersey. In 1957 he was hired at Wachusett Regional High School in Holden, as a Vocational Agriculture teacher and Department Head where he taught for thirty years. In addition to his teaching, he was also the cross country and track coach for the same 30 years. His impact as a teacher and coach was evidenced by the success of his students and athletes who earned local, district, state and national recognition. Fred was inducted into the Wachusett Athletic Hall of Fame and the Mass State Track Coaches Hall of Fame. In addition, the Wachusett Track Facility was also named in his honor. While coaching at Wachusett, Fred established the Wachusett Striders AAU running club, which eventually became the Central Mass Striders Running Club. In the early years of the club he established the Holden Road Race back in the early 60’s, which was later renamed “The Fred S. Warren 5.5 Mile Road Race,” which is run in July each year. It should also be noted that Fred has run several marathons including Boston.

Fred was instrumental in organizing the Central Mass Track Officials Association. He was a member of the District “E” Track Committee. In appreciation of his contributions to the sport, the District “E” Boys Spring Track Class Meet was renamed in his honor.

He was a member of the Rutland Sportsman’s Club, the North Worcester Fox & Coon Club, and the Worcester County League of Sportsmen, of which he was a two-time recipient of the “Words of Wisdom Award.”

Outside of the school setting, Fred enjoyed farming, hunting, fishing and spending time with his family and extended family and friends on his 180 acre farm in Rutland. At the end of a day, he loved sitting under the apple trees in his yard with his wife, talking and reminiscing about how fortunate they were to have had the life they had together.

A special thanks to Alex Oppong, who was a live in care-giver for Fred during this past year. Also, a special thanks to the staff at the Oriol Health Care & Rehab Facility in Holden. Those who wish to make a contribution in Fred’s memory may make them to the “Fred and Shirley Warren Scholarship Fund” at Wachusett Regional High School, which provides scholarships to graduates planning to attend Assumption College or you can make a donation to an organization of your choice.

Relatives and friends are invited to visit with Fred’s family from 4:00 pm to 7:00 pm on Wednesday, November 20 at the Miles Funeral Home, 1158 Main Street, Holden. A Mass of Christian Burial will be celebrated at 10 am, Thursday, November 21 at St. Patrick’s Church, 258 Main Street Rutland. Burial will follow at Worcester County Memorial Park, 216 Richard’s Ave, Paxton.