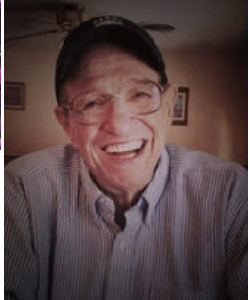 Section Garden of Valor I Lot Number: 96Grave Number: A#1

Fred was born in Berlin,MA the son of Walter L. and Charlotte A. (Kelly) Wright, grew up in North Orange, and New Braintree, graduating from North Brookfield High School in 1948. He settled in Barre shortly after marrying the love of his life, Firne A. (Burgess) Wright, and aside from time spent in the US Airforce, lived in Barre for the rest of his life.

Fred is survived by his devoted wife, Firne, with whom he celebrated 69 years of marriage in October. He is also survived by his adoring daughters Linda M. (Wright) Grant, and her husband Lawrence of Wrentham, MA; Patti (Wright) Gamache and her husband Robert of Barre; Janice (Wright) Ducharme and her husband, Michael of Barre; Joann (Wright) Vieira and husband John of Princeton; two loving sons and Daniel A. Wright and his wife Paula of Northbridge; and Tim A Wright and his wife Mary of Millbury, MA. He was proud and pleased to have fifteen wonderful grandchildren with whom he joked, made up special nicknames for, and shared his love of life with. His grandchildren include Lawrence Grant, Jimmy Grant and Jennifer Grant; Nicolas Gamache and Michelle (Gamache) Treffi; Amanda Ducharme, Carissa Ducharme, Pamela Prouty, Georgia Ducharme, Stephanie Noonan, and Julia Ducharme; Ally Wright and Bethany Wright; and Nicole Wright, Lee Wright and Nolan Wright.He was overjoyed at the arrival of each and every great-grandchild including Mackenzie and Issac Prouty; Lucas and Rylee Gamache; Fern Ducharme; Aiden Ducharme, Ayson Capuanu and Oliver Przypek; Grace Grant, Lawrence Grant IV, and Kallie Kunkel. Fred delighted in attending every possible sporting event, dance recital, graduation, birthday, wedding and life event of children, grandchildren and great -grandchildren and has left his family with many happy, funny memories.Fred was one of 12 children and enjoyed gathering with them throughout his life to camp, play cards, go bowling or just visit and have coffee. He leaves a brother, Charles “Chick” Wright and his wife Carolyn of Ohio, and his youngest sister, Mildred “Millie” Thurston of Merritt Island, FL. He was predeceased by brothers Walter, Robert, George and Donald Wright and sisters Violet (Wright) Chamberlain, Charlotte (Wright) Elwell, Arlene “Lena” (Wright) Rivers; Lorraine (Wright) Connor; and Joyce (Wright) Weaver. He is also survived by many treasured nieces and nephews of whom he was very proud.

Fred was tall and lanky as a youth, working on farms and helping out his large, rambunctious family. He shared many stories over the years of the hard work he and his siblings undertook in support of the family – never with a complaint but with pride and the joy of teamwork. He carried that work ethic throughout his life and shared it with his children whom he also taught the value of honor, loyalty, and generosity. He could always be counted on to help others in their time of need – even strangers. He was known to stop and help change a flat-tire; give a ride to and from a gas-station, or jump a depleted car battery. Through weekend camping trips, cross-country drives, and the exploration of local state parks and back roads he instilled a love of nature, a keen sense of observation and a love of native plants, birds, wildlife and gardening.

Fred was proud to have served in the U.S. Airforce from 1950-1953, stationed for basic training in Texas; Biloxi, Mississippi for electrical and radar training; in Colorado for radar, gun sight and mechanical training; and in Presque Isle Maine and New York working with a fighter squad as a mechanic. He told many stories of his adventures in the service and was honorably discharged in 1953 after the birth of his first precious child. Throughout his life he enjoyed books on history, particularly World War II and was proud and honored that many of his brothers and brothers-in-law also served.

A devoted family man, Fred worked long hours and often more than one job to provide for his family, he advanced his knowledge by signing up for extra training and classes. His attention to detail and mechanical aptitude served him well in his career as mold-maker in the tool and die industry.

Friends and family are invited to attend calling hours on Friday, December 3,2021 from 5-7PM in Pillsbury Funeral Home 96 S.Barre Rd. Barre. The funeral for Fred will be held on Saturday at 10AM in the funeral home. Burial with Military Honors will follow in Worcester County Memorial Park in Paxton.