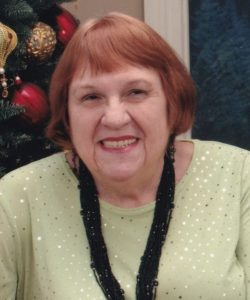 Section Garden of Heritage I Lot Number: 84Grave Number: B

Frances M. Edgeworth, 81, of Indianapolis, formerly of Massachusetts, passed away August 19, 2019. She was born October 27, 1937 in Worcester, Massachusetts to the late Edward and Isabelle (Rasimas) Miller. She received a Master’s degree in Chemistry from Anna Maria College in Massachusetts.

Frances is survived by her son, Martin Edgeworth; grandson, Allen; daughter, Bonita Edgeworth; granddaughter, Kennedy. In addition to her parents, she was preceded in death by her husband, O.C. Edgeworth; and sons, Todd and Gary.

Frances was Lab Manager at Quest Diagnostics and both Lab and Blood Bank Manager at Hubbard Hospital in Webster, MA. She was also a member of the Anna Maria College Alumni Association. She enjoyed doing puzzles and crafts, especially with her granddaughter, Kennedy.

Burial to be held at a later date at Worcester County Memorial Park, Paxton, Massachusetts.

In lieu of flowers, contributions in Frances’ memory may be made to the family to assist with Kennedy’s future education.