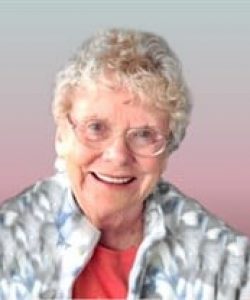 Eleanor M. (Seavey) Mohamed, 84, died peacefully on Monday, December 6, 2021, at Beaumont Rehabilitation and Skilled Nursing Center, Westborough. She was born in Worcester, the daughter of the late Raymond and Cora M. (Keogh) Seavey and graduated from Commerce High School.

Eleanor was predeceased by her husband, John F. Mohamed, Sr. in 1998. She is survived by her sons, Mark J. Mohamed and his wife, Tami of Paxton and John F. Mohamed, Jr. and his wife, Donna of Boxborough; her daughter, Cora-Lee Mohamed of Rutland; seven grandchildren; seven great-grandchildren; and several nieces and nephews. Eleanor was also predeceased by her son Larry Alberts; her brothers, Wallace Seavey and Donald Seavey; and her sister, Jean Mills.

Eleanor went on to earn her Certification as a Nurses Aid from Quinsigamond Community College. She worked as a Medical Secretary in the Emergency Department at the former Worcester Memorial Hospital for 23 years. Eleanor was a member of St. Patrick’s Church in Rutland and lived her faith by serving as a Eucharistic Minister there. She also taught Confraternity of Christian Doctrine at St. Bernard’s Church in Worcester as well as St. Patrick’s Church in Rutland. Eleanor also devoted her time as a Hospice Volunteer for several years. She enjoyed spending time with her family and took great joy in cheering on the Red Sox and the Patriots. The family would like to thank the staff at Beaumont Rehabilitation and Skilled Nursing Center for all the wonderful care and compassion they gave Ellie during her stay.