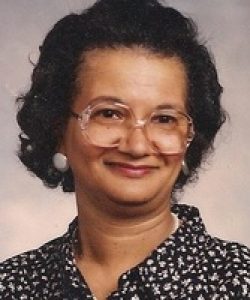 Edith (Wright) Jackson, 79, of Worcester, passed away unexpectedly but peacefully in the comfort of her home on Wednesday, May 6, 2020. She joins her son, Gilbert F. Jackson, who pre-deceased his parents in 1990.

Edith is survived by her devoted husband of nearly fifty-five years, Frederick T. Jackson; a daughter, Sonya Parris and her husband Christopher, and their children, her beloved grandchildren, Makayla and Christopher, Jr., all of Columbia, MD; two sisters, Ione Rosser of Atlanta, GA and Pamela Moye of LaGrange, NC; a brother, Karl J Wright and his wife Sylvia of Snellsville, GA; six nieces, a nephew, great nieces and great nephews. Edith was born in Norfolk, VA daughter of the late Louis E. and Ione (Johnson) Wright.

Edith grew up in Virginia, before moving to Worcester in 1962. She worked as a clerk at Hanover Insurance, retiring in 2004. She had previously worked as an encoding operator at Bank of New England and Worcester County National.

Edith was a devoted wife, mother, grandmother and friend. She enjoyed socializing and did her best to live as God instructed…do unto others as you would have them do unto you.

Due to current restrictions on gathering publicly, services will be held privately.