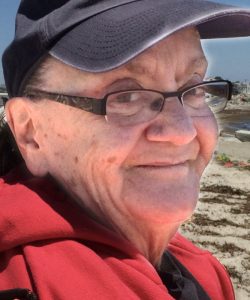 Dorothy (Dobson) Johnson, 74, of Quobaug Avenue, died Tuesday, August 18, 2020, at St. Vincent Hospital in Worcester, after being stricken ill at home unexpectedly. She was predeceased by her husband of 44 years, Chris I. Johnson of Oxford who died in 2011. She is survived by two daughters, Patricia A. Johnson of Oxford and Tracy L. Stevenson and her husband Donald of North Oxford; four granddaughters, Toni Beaudreault and her husband Joe of Connecticut, Trisha Faucher of Webster, and Kasmir and Megan Stevenson of Oxford; 10 great-grandchildren and many nephews and nieces. She was predeceased by two sisters, Beatrice Blodgett and Myrtle Gagne; and three brothers, James, Arthur, and Thomas Dobson. She was born in Worcester, daughter of the late Arthur and Susan (McKee) Dobson, and lived in Worcester before moving to Oxford in 1978.

Mrs. Johnson worked in food service at the College of the Holy Cross in Worcester for 15 years, retiring in 2010. In addition, she worked in the cafeteria at the Oxford School Department. She loved going to the beach, playing bingo, and was an avid Red Sox fan. Most of all, she enjoyed spending time with her family.

A graveside service will be held at 11 a.m. on Monday, September 14, 2020, at Worcester County Memorial Park, 217 Richards Ave., Paxton. Please meet directly at the cemetery. In lieu of flowers, memorial contributions may be made to the American Diabetes Association, 10 Speen St., 2nd Floor, Framingham, MA 01701. Paradis-Givner Funeral Home in Oxford is directing the arrangements.