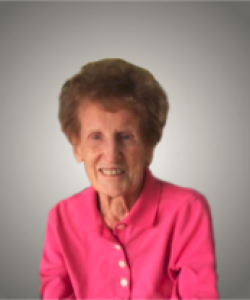 Dorothy E. (Sundin) Lederer, 94, longtime Paxton resident, passed away peacefully on Thursday, September 26, 2019 at the Overlook Masonic Health Center in Charlton. Her beloved husband, Warren P. Lederer, passed away in 2003. Born and raised in Worcester, she was a daughter of the late Albert and Agnes (Morrissey) Sundin.

Dorothy enjoyed a lengthy career as Director of Housing at Anna Maria College, retiring after sixteen years of dedicated service. Dorothy was an avid Red Sox & Patriots fan and enjoyed going to New Hampshire & Maine beaches. She also enjoyed braiding rugs and gardening, but one of her favorite things to do was go on shopping expeditions with her husband, Warren & sister Flo. Some of her favorite destinations were New Hampshire Malls, LL Bean, & the Kittery Malls Above all else, she cherished the time spent with her family especially her grandchildren and great-grandchildren.

She will be lovingly missed and remembered by her son, Gary P. Lederer and his wife, Susan of Paxton; seven grandchildren, Kelley, Brian, Amy, Mark, Matthew, Nichole and Carly; nine great-grandchildren, Nicholas, Drew, Zachary, Nathan, Brantley, Rylee, Macy, Thomas and Joshua; and several nieces and nephews. In addition to her husband, she was predeceased by her son, Warren J. Lederer, a brother, John Sundin; and two sisters, Florence Guertin and Mae Rita Sundin.

Her Family would like to thank the entire fourth floor staff at the Overlook Masonic Health & Rehabilitation Center for providing loving care to Dorothy during her five year stay there.

Relatives and friends are invited to gather with Dorothy’s family from 9:30 to 10:30 am on Monday, September 30 in the Miles Funeral Home, 1158 Main Street, Holden. A funeral service honoring her life will follow at 10:30 am in the funeral home. Following the service, Dorothy will be laid to rest at Worcester County Memorial Park, 217 Richards Avenue, Paxton. In lieu of flowers, memorial donations may be made to the Alzheimer’s Association, P.O. Box 96011, Washington, DC, 20090-6011.